Markets Rally – Will it Last? Probably Not…

You would have noticed, over the last few weeks, a bit of a rally in most of the stock markets.

This is not, I’m afraid, a product of an improving global Macro picture (though there have been some negligible improvements in US data – of a ‘subject to change’ kind – i.e. large portion of the 163,000 new non-farm jobs reported are temporarily and likely to be gone soon) more a symptom of a range bound, hedge fund driven, equity market.

Continuation in the current rally is brought further into question as the volume has been decreasing rather than increasing as the markets have risen. This shows unequivocally that there is not widespread participation in the market – ‘thin’ participation means that the foundations for the rally are week and much more liable to capitulation.

As a final point for uncertainity over the recent rally, the ‘risk on’ currency pair of EUR/USD has decoupled from it’s recent correlation to the stock market which represents further evidence for the fickle nature of the recent rally. 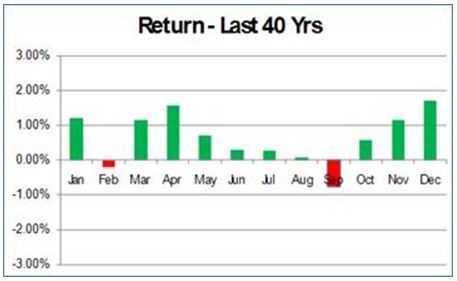 We may see further continuation in the rise of the equity markets this month, however, as we move into one of the worst months of the year for the markets, September, that is when I think we’ll see markets sell off again.

END_OF_DOCUMENT_TOKEN_TO_BE_REPLACED

What are the various options for accessing a pension pot?   If the time has come for you to access your retirement savings, then the good news is that there are a number of different ways in which you can do this. You certainly have a lot more flexibility in this respect...

END_OF_DOCUMENT_TOKEN_TO_BE_REPLACED

We are acutely aware of just how difficult it has got, in recent times, for the average expat Pension Transfer client to understand where they can go to get the very best advice, in relation to their UK Pension Transfers to QROPS and International SIPPs. In response to this, one of...

END_OF_DOCUMENT_TOKEN_TO_BE_REPLACED

International SIPPs, Best International SIPP, International SIPP Reviews Contact us today for a fee-free initial discovery call with a UK regulated, Chartered (the highest level of qualification) Financial Planner. We look forward to speaking with you. We all know that pension planning is complicated, but it’s something we all have to...

END_OF_DOCUMENT_TOKEN_TO_BE_REPLACED

STM QROPS Review 2022 – Read This Before You Buy

STM Group have been providing trust and pension services to high net-worth individuals for more than 40 years. Managing more than 14,000 schemes with clients in over 100 different countries, there are few trust providers with the depth and breadth of experience that STM have. If you've been recommended an STM...

END_OF_DOCUMENT_TOKEN_TO_BE_REPLACED

Getting Clients a Better Deal

Momentum QROPS Review   Momentum Pensions, (Momentum QROPS) have emerged, in recent times, as offering one of the most flexible and cost effective QROPS solutions available. With fee-free switching between multiple jurisdictions (including the UK) Momentum Pensions have become the go-to QROPS provider of choice for advisers all over the world. If you've been...

END_OF_DOCUMENT_TOKEN_TO_BE_REPLACED

If you're feeling bewildered by the amount of information and (not so helpful) advice on the web about where the best place to hold your QROPS is, speak to us. As a Chartered Financial Planning firm, specialising in advising expatriate clients, we work on a non-commission fee-only basis which means that...

END_OF_DOCUMENT_TOKEN_TO_BE_REPLACED

What Are the Benefits of arranging a QROPS with AES International? If you’re a British expat, you’ll know how important it is to consider your options fully when looking at your pension. Many of our overseas clients have chosen to transfer to a Qualifying Recognised Overseas Pension Scheme (QROPS) as there...

END_OF_DOCUMENT_TOKEN_TO_BE_REPLACED

Expat Investment Advice - Expat Financial Advice If you're an expat working outside of the UK, for a short period of time or on a more permanent basis, and looking for high quality, UK standard, expat investment advice and or expat financial advice, contact us today to understand how we can...

END_OF_DOCUMENT_TOKEN_TO_BE_REPLACED

Quilter International EIB / ERB Review. Before Buying You May Find This Helpful

END_OF_DOCUMENT_TOKEN_TO_BE_REPLACED

Leave your details and we'll endeavour to get back to you within 30 minutes.

Prefer to talk it over on the phone?

We’re available during UK business hours. If you prefer us to call you then leave your number in the form above and we will endeavour to get back to you within 30 minutes.

Changes to legislation means your pension fund can now be passed to your family - get financial advise for the oil & gas industry.

Wealth Management is what we, here at AES, are best at.

Maximise the income on your savings.

Strategies to increase your net worth through a variety of options available to expats.

Switch Your Investments To Us

Reduce your investment costs and improve your portfolio performance.