Gold – Still time to get in on the rush?

George Soros, the famous hedge fund investor that famously bet against the pound in the 80’s wouldn’t say so. Earlier in the year the, much followed, market guru sold most of his fund’s gold holdings. 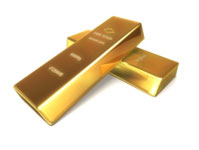 However, by Soros’ own admission he doesn’t have his ‘ear to the ground like he used to’. He made the admission at a New York seminar where he said he has “egg on his face” after wrongly predicting “the imminent disintegration of the global capitalist system” in his 1998 book The Crisis of Global Capitalism. He remarked that he felt like an “over-aged prima donna” now that he has wound down his hedge fund operations. 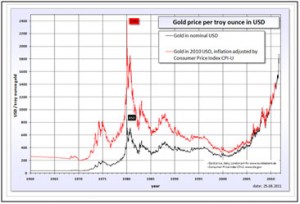 Furthermore, are we not entering a new age of unprecedented government indebtedness and thus does Gold now hold the position of being the ultimate, and only, ‘anti currency’?

There are some key reasons why our beloved Mr Soros may be wholly wrong about the Gold bubble.

One such reason is that the world economy is in trouble. No two ways about it. Gold is the original fear pacifier. When the chips are down, investors flock to Gold.

Another really interesting point is that despite all the talk of Gold, very few people actually own Gold in their portfolios. Asset bubbles are characterized not just by rapidly-escalating prices but also by abnormal participation of individual investors. During the tech bubble of the late 1990s, one would frequently hear about postmen, landscapers, barbers and others one would not normally expect to be talking about the stock market making tech stock recommendations. That was an indication of a larger-than-normal level of participation and a bubble brewing.

Today, despite the media coverage, the actual rate of gold ownership by individual investors is at or below historical norms (see table below). If gold were in a bubble, people wouldn’t just be talking about it; they’d be buying it en masse. Until gold ownership increases dramatically, the idea that a Gold ‘bubble’ is forming could be brushed away by this point alone.

As mentioned above there is this issue about performance history. On August 22, 2011 gold reached a new record high of $1908.00 at the London Gold Fixing but it is still well below the 1981 CPI adjusted price of $2,395 in current terms. What this means is that it has not even returned the rate of return to match inflation.

Warren Buffet is not a Gold ‘bug’ either. Though this isn’t surprising as he has been making billions off stocks for years. Gold and stocks just don’t get along all that well. No surprise, therefore, that Buffett can’t get on with Gold either. He has a point though. Gold doesn’t do anything. But, what does he want it to do? It can sit there and do absolutely nothing for all I care. He also forgets that Gold is a scarce resource. Cans of Cheery Coke, aren’t.

Standard Chartered, one of the most conservative of the international banking groups, recently released a 64-page outlook for gold, saying that $5,000 gold is likely in the near future. The report highlights a worldwide lack of new production and increasing demand from Asia.

“There are very few large gold mines set to commence operation in the next five years,” said Standard’s analyst Yan Chen. “The limited new supply comes at a time when central banks have turned from being net sellers to significant net buyers of gold. The result, in our view, will be a gold market in deficit, even assuming flat growth in demand. With the supply-demand balance so out of kilter, we see the gold price potentially going to US$5,000/oz.”

The Standard Chartered report also points to skyrocketing demand from Asia. China, in particular, has a lot of room to grow their gold reserves, which currently make up only 1.6% of all holdings.

If the country were to bring this proportion in line with the global average of 11 percent, it would have to buy 6,000 more tonnes of gold, equivalent to more than 2 years of gold production.

Rising demand for gold in China and India will drive the precious metal’s continued bull run, analysts at Standard Chartered, the Asia-focused bank, predicted. They said low interest rates in America and a time lag before mines started supplying more gold would see the rally extend to at least 2014.

“Our base-case forecast is that prices rally to peak at an average of $2,107/oz in 2014, although our modelling suggests a possible ‘super-bull’ scenario of gold prices rallying up to $4,869/oz by 2020, should current relationships between Asian demand and gold persist,” the analysts wrote.

The bank said there was a “powerful relationship” between income per head in Asian emerging markets and the gold price.

The report added: “We expect some headwinds for gold to come from higher US [interest] rates, but we find that the impact of higher rates is rather muted and we do not expect this to derail gold’s rally for now,” they added. “More important, we believe, will be the impact of higher mine production. We expect a steady acceleration in mine-supply growth in the years ahead, which should overwhelm demand growth beyond 2014. Nevertheless, we expect an extended period of high gold prices.”

In a previous report, the analysts had predicted that average income per head in China and India would reach 30pc of the US level by 2030. “Under this scenario, and assuming that the relationship between rising income levels and gold holds, gold prices could reach $4,869 by 2020,” the report said. “On this basis, the bull run for gold could still be in its infancy. This is based on the assumption that the current relationship between gold and incomes persists through to 2020, which is considered possible, but unlikely.”

The report concluded: “The bull run in gold is likely to continue for some time, but prices should peak around 2014 as supply finally catches up with demand and US real rates turn positive.”

So a resounding thumbs up from Standard Chartered. Other investment banks have come out with increasingly bullish sentiment regarding future Gold prices. UBS boosted its 2012 gold-price forecast by 50 percent, citing “ongoing global macroeconomic disappointments.” “The maintenance of U.S. rates close to zero means that gold is not in competition with assets that offer yield,” UBS said in a report produced detailing its call on Gold, amongst other assets. “Economic growth expectations globally are declining, high debt burdens in Europe will continue to hamper growth, and the risk of a U.S. recession is rising. All of these factors are individually positive for gold. Taken together, they are a potentially explosive cocktail.” 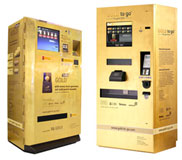 So, does all of this mean that Gold will keep going up in a straight line? No, it doesn’t. No asset does, and despite the strong arguments for the continuation in the price rise of Gold there are, as always, no guarantees that such a rise will continue. We could be seeing another repeat of the bubble in the price of Gold that we saw in the 1980s.

Some would argue that owning Gold is a hedge against losing your job. Reason being, that if you lose your job as a consequence of the economy faltering again, Gold is likely to be used as a safe harbour asset and thus go up in value. This being said, in 2008, Gold initially fell along with everything else. After all, despite what those Macro Managers will tell you, the only thing that goes up during periods of economic crisis, is correlation.

Gold has been in a strong up trend from 2000 so when will this end? Difficult to say. However, what we do know is that the key reasons for Gold being pushed ever higher are not going away any time soon. Is Europe going to solve its debt crisis over night? Are the world’s economies going to catapult out of recession over night? In short. No. To both questions.

Leave your details and we'll endeavour to get back to you within 30 minutes.

Prefer to talk it over on the phone?

We’re available during UK business hours. If you prefer us to call you then leave your number in the form above and we will endeavour to get back to you within 30 minutes.

Changes to legislation means your pension fund can now be passed to your family - get financial advise for the oil & gas industry.

Wealth Management is what we, here at AES, are best at.

Maximise the income on your savings.

Strategies to increase your net worth through a variety of options available to expats.

Switch Your Investments To Us

Reduce your investment costs and improve your portfolio performance.